Albert Cole was the youngest of the three surviving children of Ernest and Charlotte Cole (a fourth had died at 2 days in 1915). Born on the 25th July 1923, Albert’s time at school would have been just after the change from Blandford Secondary to Blandford Grammar School. Living in Durweston at the time Albert would have come into Blandford on the railway from Sturminster Newton. 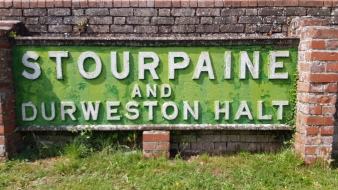 Albert won 1st place on the class prize in 1933 and 1934 each time with Jack Greenfield coming second. Jack is also on the school memorial having crashed after a flight to Duisberg a year before Albert died.

His father and elder brother were both farm-workers and the 1939 register has Albert working as a woodworker in Barrington in Somerset and still living with his parents and older brother.

Records on Albert are scarce, he enlisted into the RAF at Oxford some time after the 1939. He was listed in the London Gazette on the 5th March 1943 for commissioning from Leading Aircraftman to Pilot Officer and again promoted to Flying Officer on the 5th September the same year. Just before this promotion was published, Stanley married Edith Nisbett in Hastings.

Stanley qualified as a Bomb Aimer on Lancasters and would have been the reserve pilot in case of emergencies and would have received some flying training. Albert was posted to 49 Squadron flying from RAF Fiskerton.

Flying as Air Bomber on Lancaster JB701, 6 weeks or so after D-Day on the 29 July 1944 returning from their 17th operation flying to Stuttgart the pilot (F/Lt Powell) had to ditch the plane. If cloud and bad weather had caused problems on the previous raid, then the bright moon conditions that prevailed over France this night were to prove an even greater hazard to the bombers. As the force of nearly 500 aircraft headed for Stuttgart, German night-fighters were waiting, and in the ensuing air battle 39 Lancasters were shot down. RAF Fiskerton had 12 aircraft airborne. Avoiding crashing into civilian buildings meant that the entire crew died. The French village has a memorial JB701 unveiled in 2004. 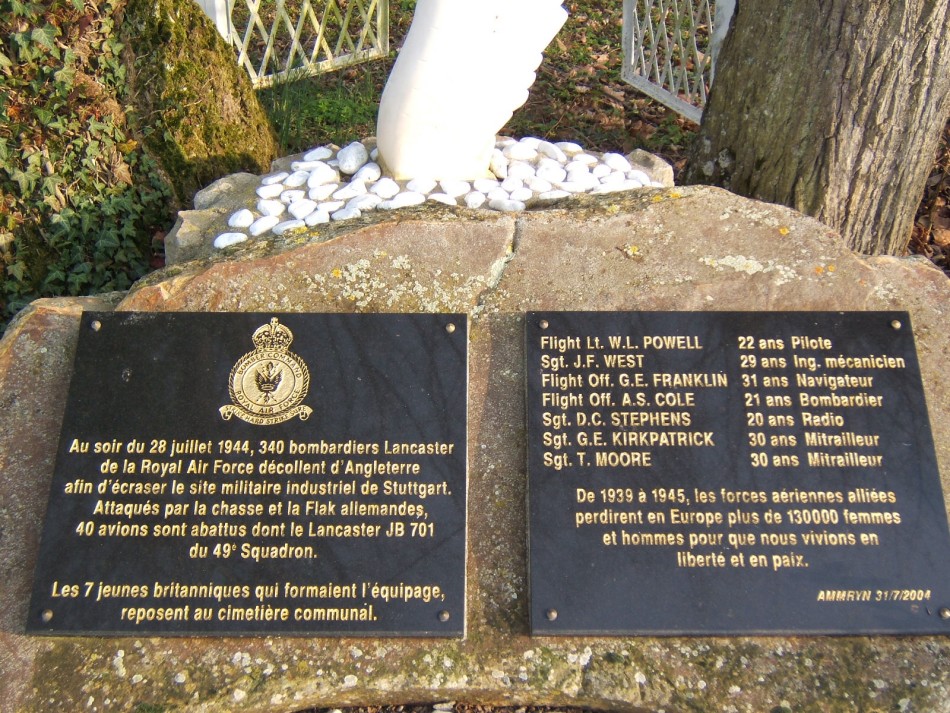