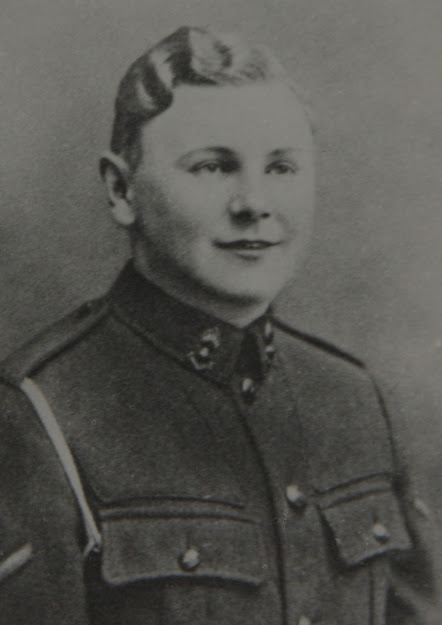 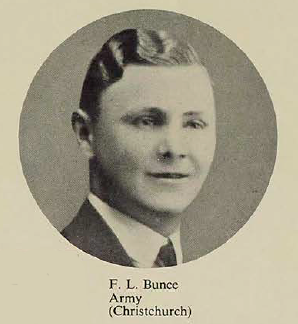 Although the Commonwealth War Graves Commission show Frederick Bunce on their database you have to look quite hard in Blandford Cemetery to find him as he doesn’t have a standard CWGC Headstone: 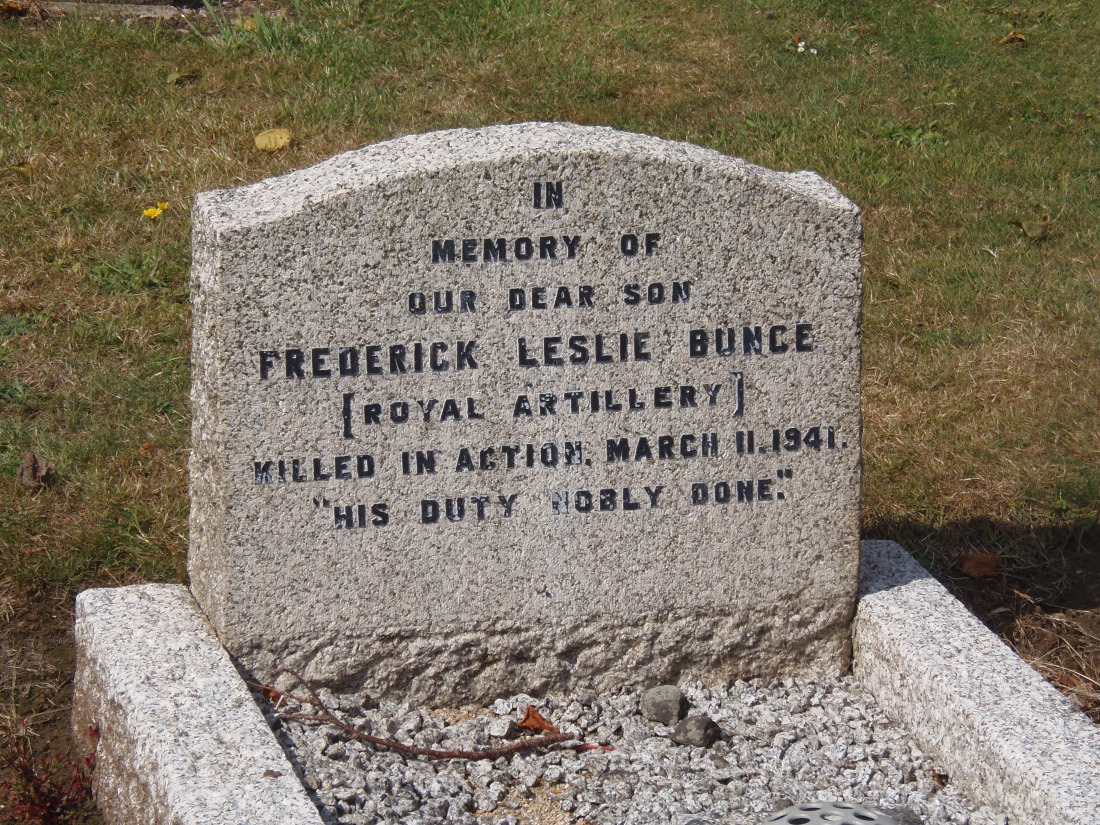 Frederick Leslie Bunce was born in 1921 the son of Leslie Bunce the Boot and Shoemaker with premises at 1 Salisbury Street. His mother, Ethel was the daughter of Arthur Backway a Draper with premises at 47 Salisbury Street. Fred started at school as it changed from Blandford Secondary School to Blandford Grammar School as Mr Greenhalgh was coming to the end of his 40 years as Headmaster. Fred appears in the prize day winners in October 1931.

After school Fred left Blandford for Poole and started work as a Bank Clerk for Lloyds in Christchurch. As the Territorial Army expanded after the Munich Crisis Fred joined a new unit formed in Parkstone, 310 Battery, part of 72 (Hampshire) Heavy Anti-Aircraft Regiment Royal Artillery (TA) in January 1939. On mobilisation 72 Regt was sent to form part of the Anti-Aircraft defence of Southampton and Portsmouth. 310 Battery rotated through sites toward the western side of the area and this November 1940 entry from 72 Regt’s War Diary is typical of the actions 310 Battery found themselves in:

In early March 1941 310 Battery took over from 218 Battery at sites ‘7’ and ‘8’ at Beaulieu Heath and Marchwood respectively on the western side of the Solent.

On Monday March 10, 1941 Portsmouth experienced the second of the three large raids of the ‘Portsmouth Blitz’. A force of 238 German bombers sank a minesweeping trawler and damaged three destroyers, a training ship and four other minesweeping trawlers as well as damaging HMS Victory, dropping over 90 tons of High Explosive and more than 1000 incendiaries. 93 civilians were killed and over 250 injured with more than a 1000 made homeless. Portsmouth would eventually have over 600 tons of bombs dropped on it with unexploded ordnance still being dredged up in the harbour in 2018.

Although the main Luftwaffe effort on the night of the 11th March was directed at Portsmouth there were a number of ‘Starfish’ decoy sites in operation across the New Forest which were intended to simulate the lights and fires from a town under attack to draw bombers away from built up areas. It seems likely then that whilst engaging bombers flying over their position that No 4 gun at Site 7 on Beaulieu Heath received a direct bomb hit:

Fred was one of the two Gunners badly wounded and was taken to Lymington Cottage Hospital where he died on the 12th March. He was 20 years old. 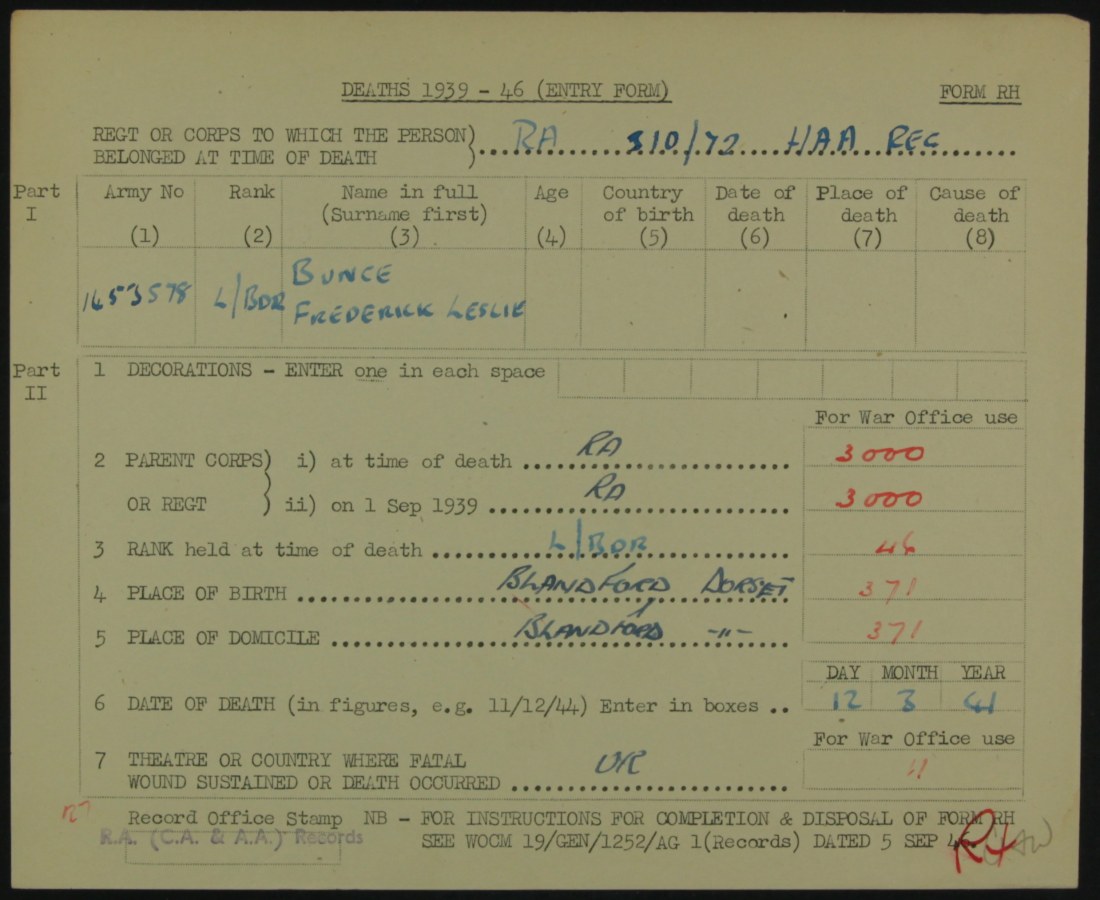 The other men who died in the incident were:

Given that 310 Battery were a Pre-War Territorial Army unit raised in Parkstone, it is notable that at least 3 of these men can be shown to have stayed with the Battery since they joined.

This is from the Lloyds Bank archives: 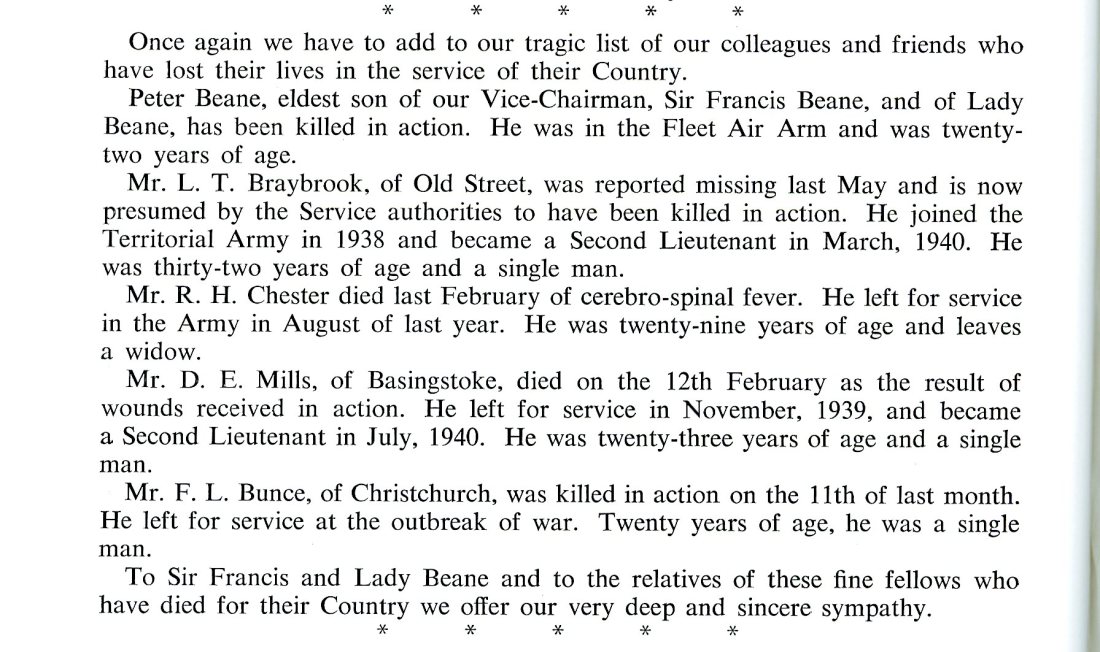