The original memorial at Milton Abbas Grammar School has been lost. The School closed in Blandford in 1927 and unsuccessfully moved to Whatcombe, finally closing in 1929. Many pupils who finished at Blandford Secondary School at 14 then moved onto Milton Abbas. The school was on the site of what is now Morrison’s car park. All that remains of the school’s war memorial is the notice in the Western Gazette from 23rd December 1921: 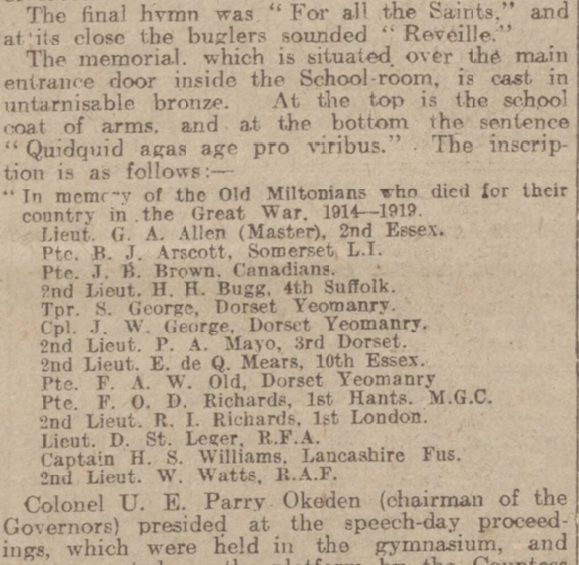