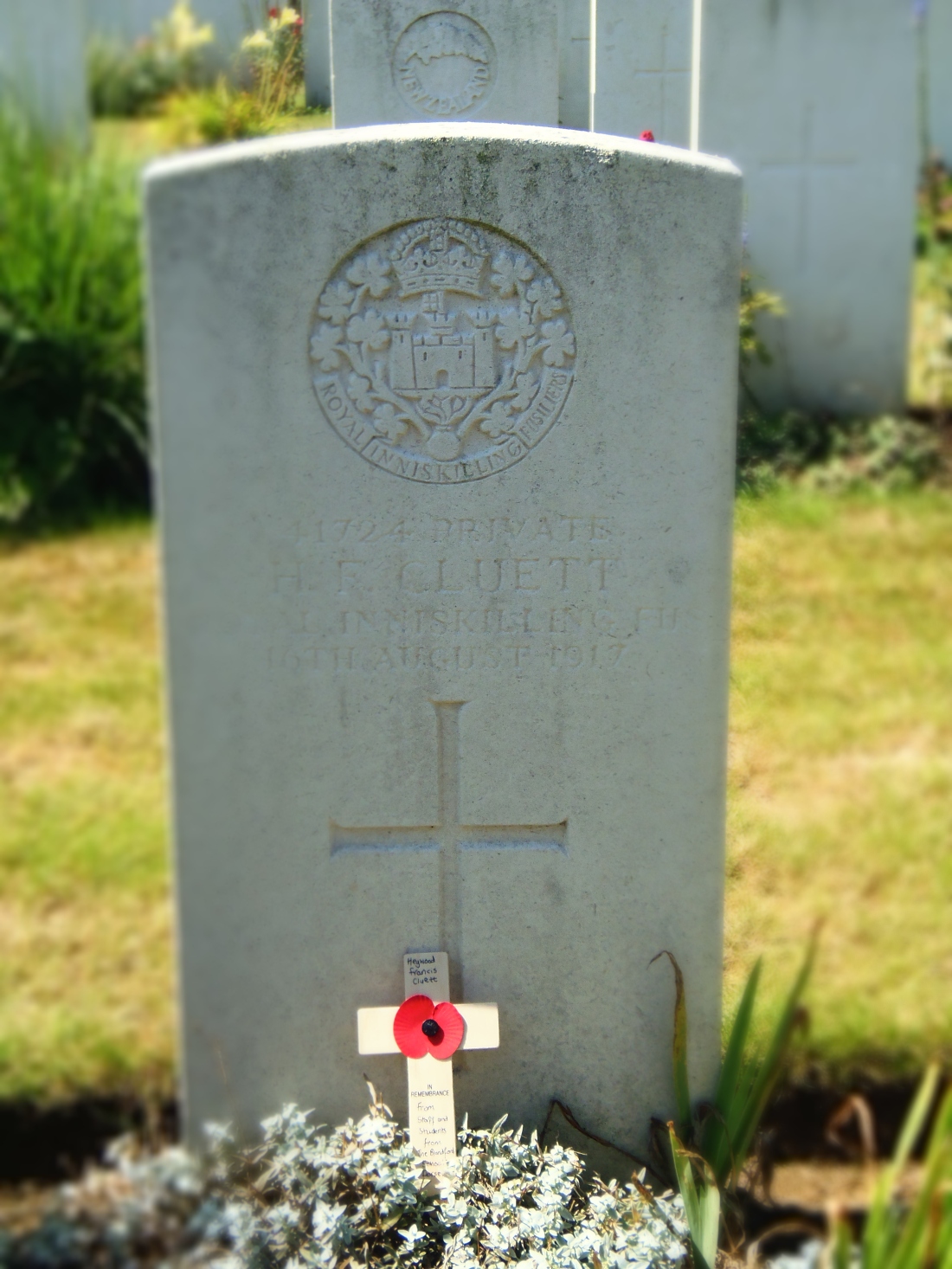 Heywood Francis Cluett was born in Heytesbury Wiltshire in 1898, the son of Francis and Charlotte Cluett. His father was a Harness Maker by trade. In comparison to others on the school War Memorial it has been difficult to find much about him.

Although the Cluetts had moved to Lymington after Heywood was born, by the time of the 1911 census they were living in Sturminster Newton and he was aged 12. No doubt then he was one of the group of pupils who arrived at Blandford by train. In 1913 his mother died, Francis marrying again in 1914.

Given that he was posted to a battalion of an Irish Regiment,  the Inniskilling Fusiliers and that he would have only turned 18 in September 1916, Heywood would have been a conscript. He was killed during the Battle of Langemarck, which as part of the larger Third Battle of Ypres was part of the British and Empire armies’ attempt to break out of the Salient and take the higher ground which allowed German artillery observation of the town of Ypres.

He is buried at Dochy Farm New British Cemetery outside Ypres and as a group from The Blandford School saw visiting his grave in 2014, this is less than a mile away from the final objective on Passchendaele ridge where the massive Tyne Cot cemetery sits. 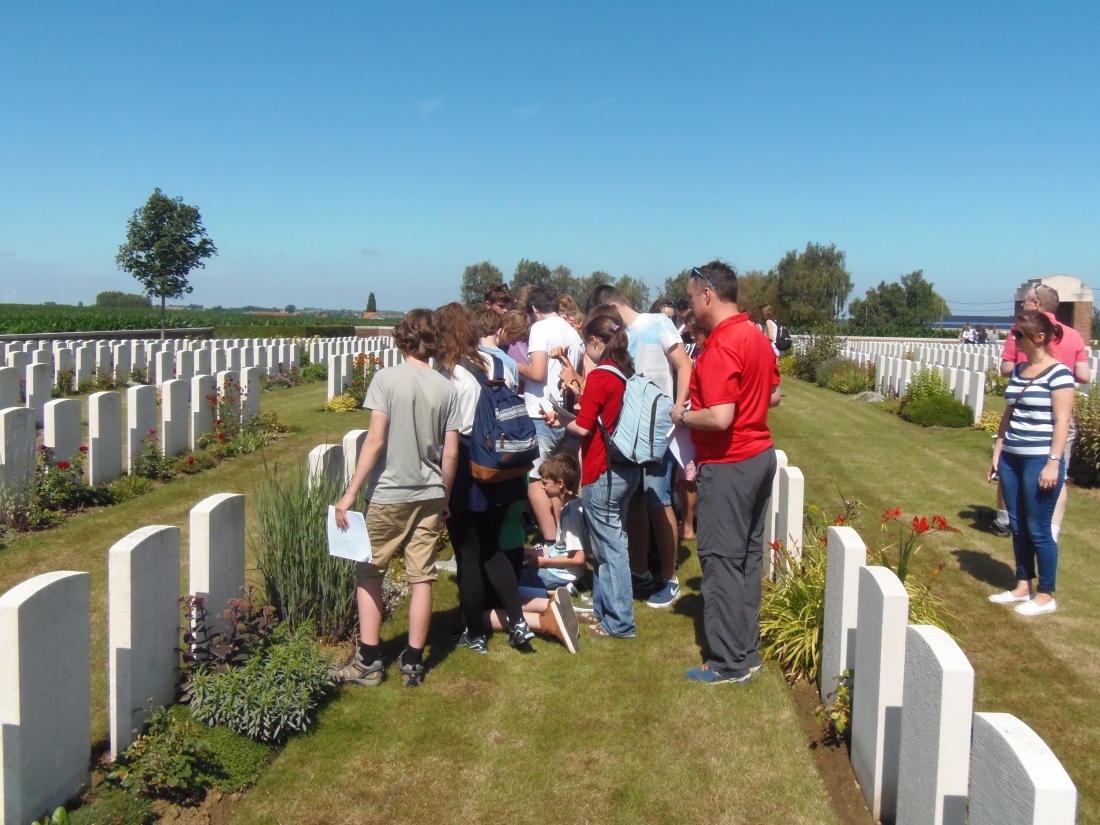 From the Battalion War Diary for the 7th Royal Inniskilling Fusiliers. The battalion set off on its attack at 04:45 on the 16th August 1917 with a strength of 20 Officers and 472 other ranks. By 09:21 “The battalion has been forced to retire (for) want of support. Casualties believed heavy” At the end of the entry for the 16th it puts the numbers at 16 officers and 368 other ranks. 78% of the battalion were dead, wounded or missing.

In a letter from the Divisional Commander quoted in the Diary, the Inniskillings had ‘held the line for a fortnight in the worst of weather, under constant shelling and almost nightly gas attacks’ before even setting out of the attack on the 16th. Given the numbers of casualties the 7th and 8th Battalions were merged on the 23rd of August.

Heywood was still two months short of his 19th birthday. Given that he was an only child and unmarried one can only speculate how few people have visited his grave since 1917.

As well as the Blandford School Memorial, Heywood is commemorated at St Mary’s Church in Sturminster Newton.